Peters Bosel Lawyers has extensive experience in workplace investigations for local governments and large corporations and can advise on all steps of the process to ensure it’s done properly and fairly the first time. 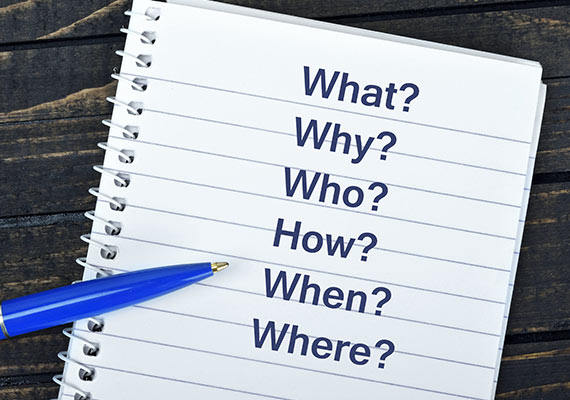 Peters Bosel Lawyers has extensive experience in workplace investigations for local governments and large corporations and can advise on all steps of the process to ensure it’s done properly and fairly the first time.

The Challenges of Workplace Investigations

When serious disputes or misconduct occur within your business, dealing with the consequences can be a complex and time-consuming process. Conducting an internal investigation to discover what happened and what action needs to be taken can be fraught with emotions, accusations and counter-accusations. People’s careers can be at stake, overall morale and productivity within the business can be adversely affected, and WorkCover or other compensation claims can result.

One of the main challenges for employers in the area of workplace investigations is the fact they lack the appropriate expertise or experience to conduct a comprehensive investigation, not to mention the considerable distraction it causes from the primary operations of the business. Sometimes there is also the perception that an investigation run by a management-appointed employee will lack sufficient transparency and impartiality and perceived bias.

For these reasons many employers outsource the investigation process when there is an allegation of misconduct, bullying, harassment, conflict of interest, false injury, fraud or similar issues. At a minimum, consulting an employment lawyer with real-world experience in the area of workplace investigations is highly advisable – the process of fact finding and evidence gathering must be done in the correct and appropriate manner to support solid decision-making and potentially withstand the scrutiny of courts and commissions.

Peters Bosel Lawyers has extensive experience in workplace investigations for local governments and large corporations, and can advise on all steps of the process to ensure it’s done properly and fairly the first time.

Why are workplace investigations necessary?

Employers also need to understand the importance of the concept of ‘procedural fairness’ to an investigation. If a business owner dismisses an employee, or takes disciplinary or other adverse action against him/her without first investigating an alleged incident to establish the facts and any mitigating circumstances, the employer opens itself to the possibility that the Fair Work Commission or other commissions or courts may find that the dismissal or disciplinary action was harsh, unjust or unreasonable. In that case, remedies may include reinstating the employee and/or payment of compensation or damages.

What generally happens in a workplace investigation?

It’s important to note that the investigator’s role should be limited to establishing the true facts surrounding the relevant allegations.  The investigator prepares a report, however, decisions about the implications of its findings should be a separate process for more senior executives or the business owner/CEO.

Any investigation should be conducted as soon as practicable after it becomes necessary to ensure that:

Peters Bosel Lawyers is fully familiar with what the Fair Work Commission or organisations like the Queensland Crime and Corruption Commission consider to be best practice when conducting an investigation.

Steps involved in workplace investigations may include:

Any employee who is the focus of an investigation should also be made aware that they are entitled to seek assistance from an appropriate person (such as a union delegate or other support person) and to have a witness present at interviews and meetings. The confidentiality of witnesses should also be protected as much as possible.

If an investigation finds the relevant allegations proved, the employee should in a separate interview be informed and advised of what will happen next.  Action may include referral of the matter to a higher authority within the company for a decision, or immediate action such as a formal warning or dismissal.

If the investigation is inconclusive or shows the allegations are not proved, an employer must still inform the employee, along with reasons for the decision.

The benefits of legal professional privilege

In relation to all issues, but particularly sensitive issues that have the potential to become litigious, lawyers can be engaged to both conduct the fact gathering process, and make findings and provide advice to the employer detailing recommendations as to how best to deal with the issue.

This approach has the potential to attract legal professional privilege which can, in certain circumstances, assist the employer in attaching greater levels of confidentiality and restricted access to the report, findings and recommendations.  If an employer wishes to utilise the protections of legal professional privilege, we can advise as to how best to implement an investigation that attracts such protection.

Workplace investigations are difficult and sometimes lengthy and complicated especially when serious allegations are raised by an employee against an employer or another employee.

With a clear, thorough process in place for dealing with the issue when it arises, whether conducted within the business or promptly outsourced to experienced experts in workplace investigations, the challenges involved can become much more manageable.

If you’re unsure about what your business requires to be prepared if a workplace investigation is ever needed, contact Peters Bosel Lawyers today for considered, expert advice.

Our expert employment lawyers at Peters Bosel can help your business ensure it complies with the Act.