Bullying and Harassment for Employers

Peters Bosel Lawyers have wide experience in working with businesses to develop policies which help prevent bullying and harassment in the first place. 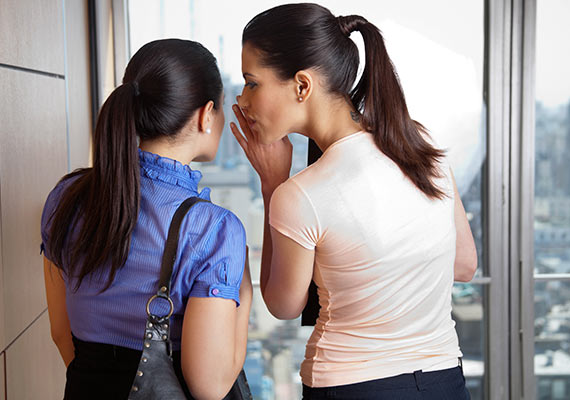 Bullying and Harassment for Employers

Peters Bosel Lawyers have wide experience in working with businesses to develop policies which help prevent bullying and harassment in the first place.

All modern day employers need to be prepared to address harassment and bullying issues, whether the allegations are levelled against their conduct or that of an employee/s.

Failure to take the issue seriously can result in a number of unwelcome developments, from exposure to legal action by an employee claiming harassment and/or bullying, the need for the affected employee to take sick leave, and the effect on the morale of other staff as well as the reputation of your business.

Safe Work Australia’s 2014–15 Australian Workplace Barometer Project, which surveyed more than 4,200 employees nationwide, found the cost of depression to Australian employers was approximately $6.3 billion per annum and that workers with psychological distress took four times as many sick days per month and had a 154 per cent higher performance loss at work than those not experiencing psychological distress.

An employer’s responsibility to prevent workplace bullying and harassment is set out in a number of statutory instruments, including the Fair Work Act 2009,  and federal and state health and safety legislation.

Prevention is always better than remedial action after the event. Having clear, thorough policies in place for recognising and addressing workplace bullying and harassment and facilitating complaints is a commonsense action an employer can take to address the issue before it reaches a less manageable level.

Peters Bosel Lawyers have wide experience in working with businesses to develop policies which help prevent bullying and harassment in the first place, while also minimising the danger of workers’ compensation claims, claims in Fair Work Commission for workplace bullying or other legal action by an employee claiming they have been bullied.

What constitutes bullying and harassment?

For employers, there can sometimes be a grey area where taking disciplinary action, discussing poor performance, or directing and controlling an employee’s work, is mistaken as harassment or bullying by an employee. This can be a difficult and delicate area for employers, where what they regard as reasonable management action is instead viewed by the employee as bullying.

The Fair Work Act defines workplace bullying as “when a person or group of people repeatedly act unreasonably towards them or a group of workers” and “the behaviour creates a risk to health and safety”.

This definition can be further broken down as follows:

Examples of bullying include:

Managers should not feel intimidated by workplace bullying laws to the extent they feel they cannot give critical and constructive feedback to non-performing employees.

Although such performance management may be uncomfortable for an employee, provided a manager or supervisor is exercising their legitimate authority in a reasonable way, they will not be exposed to criticism by the courts.

Courts would accept the following types of management action as being reasonable:

The importance of a healthy workplace

Business owners need to guard against a workplace culture comprising behaviour that has long been considered “acceptable”. In certain industries, the idea that aggressive behaviour, crude conversations, innuendo or offensive jokes are no longer acceptable.

Employers need to be aware that an employee can complain about such conduct as harassment even if the conduct in question was not specifically targeted at him or her.

Employers are also subject to state and federal occupational health and safety legislation which requires them to comply with any measures that promote health and safety in the workplace. That obligation includes taking measures to prevent the likelihood of bullying and harassment at work.

Whether it’s part of a wider code of conduct or a specific company policy on bullying, employers are encouraged to set a clear standard for workplace behaviour which may include:

Peters Bosel Lawyers has experienced practitioners when it comes to all issues related to bullying and harassment, from internal policy development through to dealing with the Fair Work Commission and compliance with other statutory requirements. Contact us today for further advice and guidance.