Discrimination and Sexual Harassment Complaints and Claims for Employees

Fixed Fee Consultation
Experiencing discrimination or sexual harassment at your place of work is a deflating and often humiliating experience.

Discrimination and Sexual Harassment Complaints and Claims for Employees

Experiencing discrimination or sexual harassment at your place of work is a deflating and often humiliating experience.

What are the next steps to take to have the issue addressed and resolved?

Experiencing discrimination or sexual harassment at your place of work is a deflating and often humiliating experience. If you’re the unfortunate victim of either, it’s important to know what steps are available to you to have the issue addressed and resolved.

Employers are encouraged to have clear and consistent policies on both issues, under which an employee can make a complaint, have it investigated and ultimately resolved.

This process can sometimes be confusing and time-consuming, particularly if you’re also dealing with the disappointment or trauma of what happened to you at work. In this situation, expert legal advice from a lawyer with wide experience in this area is a good idea. Peters Bosel Lawyers have an extensive background in interpreting the law, investigating incidents and representing parties in matters of workplace discrimination or sexual harassment.

What is the definition of unlawful discrimination?

Discrimination occurs when a person is treated less favourably than another person by reason of their background or certain personnel characteristics referred to as “attributes” which may include race, colour, sex, sexual orientation, age, physical or mental disability, marital status, family or carer’s responsibilities, pregnancy, religion, political opinion or national extraction or social origin.

If an employee feels they have been discriminated against in the workplace context, they have the right to lodge a formal complaint with the Queensland Human Rights Commission (QHRC) (formally the Anti-Discrimination Commission of Queensland).  The QHRQ initially gives all parties an opportunity to present their position in writing and then conducts a conciliation (mediation) to endeavour to achieve an early amicable resolution of the complaint.  If it cannot be resolved by conciliation, the QHRQ refers the complaint to the Queensland Industrial Relations Commission to formally hear the case in a court setting.

If as an employee you feel you were dismissed based on one of the attributes above (e.g. race, sex, age, disability, etc), you can alternatively choose to make an application to the Fair Work Commission within 21 days of termination of your employment on the basis that such termination constituted “adverse action” contrary to the Fair Work Act 2009. If you were not dismissed but believe your employer has breached the unlawful discrimination protection provisions of the Fair Work Act, you can still apply to the Commission to deal with the dispute, and in that case the 21 day time frame does not apply.

Sexual harassment is prohibited under the Anti-Discrimination Act 1991 (Qld) and also under various Federal laws (e.g. Sex Discrimination Act 1984 (Cth).These laws define sexual harassment as when a person makes an unwelcome sexual advance, an unwelcome request for sexual favours, or engages in other unwelcome conduct of a sexual nature such as unwelcome touching, hugging, cornering or kissing. This occurs in circumstances where it is possible that the person harassed would be offended, humiliated or intimidated. Sexual harassment can be subtle and implicit rather than explicit, and can be verbal as well as physical.

Employees should be aware that employers are encouraged to:

Good legal advice can significantly clarify all of these issues if you’ve experienced discrimination or sexual harassment at work. Further, there are important time limitations on instituting complaints and proceedings that an employee needs to be aware of. Contact Peters Bosel Lawyers today for guidance on complaints, investigations, dealing with your employer and legal representation. 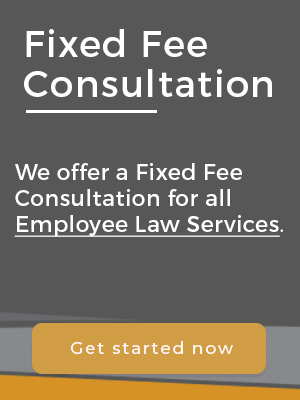